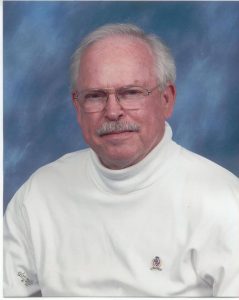 Carl Fillmore McMath, 85, passed away on December 6, 2020, in New Bern, NC. He was a resident of Brookdale Senior Living for the past 3 years and had been living in New Bern for the last 12 years. A graduate of the University of South Carolina and Appalachian State University, he spent the majority of his professional career teaching band in Spartanburg District 7 Schools from 1964-1987. He was the Associate Band Director of the Spartanburg High School Band and enjoyed teaching on the High School level, but found particular satisfaction working with Junior High bands in the latter part of his career. He taught band part-time during his retirement.

Carl was a member of the ASBDA (American School Band Directors Association) and was inducted into the Band Director’s Hall of Fame. As a musician, he played both cornet and trumpet. During his working career and retirement, Carl played with numerous ensembles, church orchestras, and groups. He also served as the Minister of Music at various churches in the Spartanburg, SC area. Carl conducted for the last time in 2016 as a guest conductor for the Spartanburg Community Band’s 20th Anniversary concert. He was a reservist in the US Marine Corps and a member of First Presbyterian Church in New Bern, NC.

He is preceded in death by his first wife, Nina Moore McMath, and second wife Lois Evans. Survivors include 2 daughters, Elizabeth Sinderman (John) of Spartanburg, SC, and Carol McMath of Taylors, SC.

A celebration of life will be held at a later date. Memorials may be made in Carl’s honor to the Alzheimer’s Association of America at https://tinyurl.com/y6z4g5w7 or to First Presbyterian Church of New Bern, NC at https://www.firstpresnb.org/give.html.