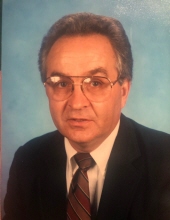 Toni N McCullough, 85, of Duncan passed away on April 24, 2021. Born in Newberry, he was the son of the late Homer and Frances Cook McCullough and the husband of Dolores Hendrix McCullough of forty-eight years. He was a member of Memorial United Methodist Church in Greer and was a veteran of the US Army National Guard. He graduated from Newberry College and received his masters from Clemson University and worked in Education for thirty-four years. He served as Band Director at Wade Hampton High School from 1961 until 1980 and retired with District Five Schools, having served as Principal of Reidville Elementary School from 1980 until 1992.

Survivors also include two sons, Blake McCullough of Duncan and Paul McCullough and wife, Lila of Columbia; his daughter, Amy Holt, and husband, Jack of Hartsville; and a grandchild, Alex McCullough. He was predeceased by his first wife, Joyce Merchant McCullogh; and his brother, Jack McCullough.

Graveside Services will be held at 2 PM on Thursday, April 29, 2021, at Wood Memorial Park with Rev. Gene Aiken officiating. The family will receive friends after the service.
Online condolences can be given at www.striblingfuneralhome.net.

Memorials may be made to Memorial United Methodist Church 201 North Main Street Greer 29650.