Under his direction, the Ridge View band program has quadrupled in size and has received numerous Superior Ratings and awards in marching and concert events. The Blazer Marching Band is a consistent finalist at the South Carolina State Championships and at several Bands of America Regional competitions. The Ridge View Symphonic Band has received numerous Superior Ratings at state and national events. They have performed at the Grand National Adjudicators Invitational, four times at the South Carolina Music Educators State Convention, twice at the University of South Carolina Band Clinic, the University of Southern Mississippi Band Clinic, and at the Bands of America National Concert Festival.

His professional affiliations include the National Association for Music Education; the National Band Association; the South Carolina Band Directors Association; Phi Beta Mu; Pi Kappa Lambda; and he is a Past Chapter President of Phi Mu Alpha Sinfonia.  He is also a charter member and Past President of the Palmetto Concert Band. Mr. Clayton has received the National Band Association’s Citation of Excellence on five different occasions. He has been awarded the Legion of Honor from the John Philip Sousa Foundation, and he received Phi Beta Mu’s “Outstanding Bandmaster Award” in 2015.

Mr. Clayton and his wife Leslie have two children, Grant and Kelsey, and two granddaughters, Taylor and Madison. 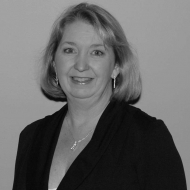 Bands under Mrs. Grantham’s direction have received numerous superior ratings at state and regional concert festivals, performed at the SCMEA In-Service Conference three times as a featured performing group and in a workshop session with Bruce Pearson of Kjos Music. Mrs. Grantham’s bands have received the SDBDA Outstanding Performance Award twenty-seven times. Mrs. Grantham has also been honored by twice receiving the National Band Association’s “Citation of Excellence” (2006 and 2011) and the Women’s Band Director International “Scroll of Excellence” (2011).

We would like to give a special congratulations to tomorrow's participants in the SCBDA Master Recital Event and Honors Jazz Combo. A special thanks to The University of South Carolina School of Music and The Carolina Bands for hosting our event on their campus and providing a live stream for us! YouTube Live Stream links and downloadable program are available here: www.bandlink.org/livestream-of-master-recital-honors-jazz-combo/ ... See MoreSee Less

LiveStream of Master Recital & Honors Jazz Combo 05/21/2021 Click Here to view and download a recording of the SCBDA Master Recital. For events in the University of South Carolina School of Music Reci...
View on Facebook
· Share

Congratulations to the members and directors of the Carolina Forest High School Band for their outstanding performance for the 2021 SCMEA Professional Development Conference! ... See MoreSee Less

Congratulations to members of the Carolina Forest High School Band and their directors on an outstanding performance for the 2021 SCMEA Virtual Professional ...

Congratulations to the members and teachers of the D.R. Hill Middle School Percussion Ensemble for their outstanding performance for the 2021 SCMEA Professional Development Conference! buff.ly/3ylXfhI ... See MoreSee Less

Congratulations to the students and band staff of the D.R. Hill Middle School Percussion Ensemble for their virtual performance submission for the 2021 SCMEA...