Congratulations to SCBDA members, Glenn Price and Cameron Watkins on their recent awards presented by the SCMEA! 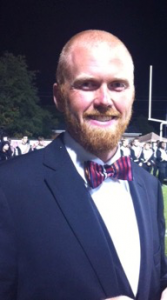 While at The University of South Carolina, Mr. Watkins performed as a tuba player for the Wind Ensemble, Concert Band, Palmetto Concert Band, “The Mighty Sound of the Southeast” Marching Band, and “USC Tuba Ensemble”

Mr. Watkins in his free time runs a business of Drill Design called Dot2Dot as well as spending time with his wife Megan, his son James, and their three dogs. 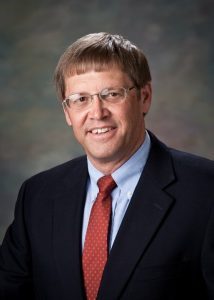 “Glenn believes that the education of the total child is society’s most important and vital responsibility.” – Phillip McIntyre, Past-President, SCMEA

“He is a tireless, generous man whose passion for music education and for students is endless. The SCMEA Hall of Fame award isn’t sufficient to honor a man of Glenn Price’s stature. We need an even more prestigious award!” – Patti Foy, Past-President, SCMEA

Glenn Price earned his Bachelor of Music Education from East Carolina University.  After teaching for one year in North Carolina, he returned to his native South Carolina where he has taught in Kershaw County for the past 43 years.  He was a 2005 inductee into the SCBDA Hall of Fame and is also a member in the Hall of Fame for Phi Beta Mu (Theta Chapter).  Glenn is a past President of both SCBDA and SCMEA.  He served admirably on numerous committees for both organizations.  Glenn has been deeply invested in the leadership of the South Carolina Band Directors Association, having chaired the Marching Committee several times, as well as chairing the Adjudication Committee and serving on the Concert Committee.  It was during his tenure as SCBDA President that the region lines were redrawn to reflect state population growth and shifts and to give flexibility for the future.  In addition, he has hosted numerous SCBDA events at Lugoff-Elgin, including the State Marching Band Championships, Concert Festival, and Region Band Clinics. Lugoff-Elgin HS won the 1981 AA State Marching Band Championships.  He became President of the SC Band Directors Association in 1997.

In 2009, Glenn was elected President of SCMEA and continued the momentum he had started with SCBDA, determined to make a difference in the lives of South Carolina students. It was during his presidency that the SCBDA logo and slogan “Music is Instrumental to Success” were created by association members with help from an outside consultant.  He was also responsible for the creation of an updated logo for SCMEA, the one we continue to use today!  He put his all into a music education advocacy initiative, founding the Hundred Percent Club. (Anyone who wished could join the Hundred Percent Club by donating a hundred cents to the cause of music education in South Carolina.) Proceeds from the club were used to create a professional advocacy video, “Music Lasts a Lifetime,” filmed onsite at our annual conference and produced by SCETV. The video was distributed widely to state stakeholders in music education, including parent groups, school boards and even members of the SC General Assembly. The icing on the cake was an article published in the January 2010 edition of School Band and Orchestra, featuring an interview with Glenn talking about music education advocacy in South Carolina.

Glenn’s friend and former colleague Pat Wylie stated, “as he approaches his retirement, long after he became eligible, and many of his contemporaries have long since put down their batons, Glenn continues to serve us all as a friend, colleague, mentor, innovator, and consummate music educator.”  We are honored to add Glenn Price to the list of prestigious educators who comprise the SCMEA Hall of Fame!

SCMEA seeks through its various awards, to honor, recognize, thank, and encourage its award recipients as well as the general membership of the Association.  To see these winners receive their award be sure to attend the General Session on Friday, Feb. 3 at 9:30 am!

This article was originally published by the SCMEA on January 22, 2017. Click here to visit this page on the SCMEA website.